Why did Taylor Swift Rerecord "Red"? 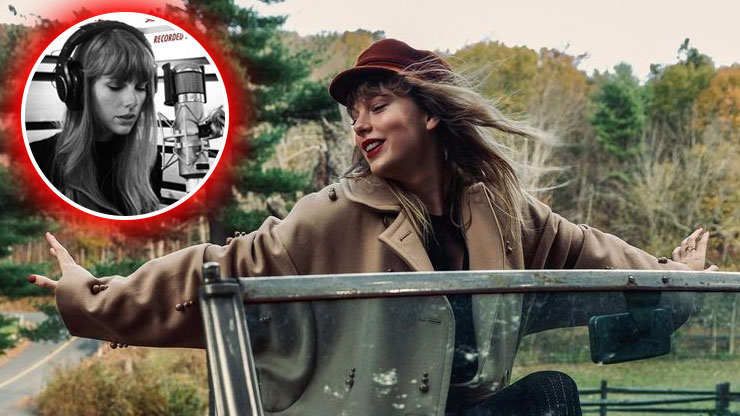 Taylor Swift appears to have another massive hit on her hands, but the 11-time Grammy Award winner’s newest album looks awfully familiar.

The global superstar is not only re-releasing her 2021 album Red, she’s rerecorded the entire thing. But why? It turns out the singer doesn’t own her own masters, which means the original recordings of chart-topping songs like “We Are Never Ever Getting Back Together” and “I Knew You Were Trouble” belong to someone else.

Third-party ownership of album masters is a common occurrence in the music biz, especially when an artist is just starting out. Because the record company takes on most of the risk and generally hands over a hefty advance that the artist gets to keep regardless of the album’s performance, the company keeps the copyrights to the recordings to use how they please. While the artist often gets royalties dependent on total album sales, it’s the record company that gets most of the decision-making power over licensing — and all the profits that go with it.

Swift originally recorded Red while under contract with Big Machine Record, but she changed labels in 2018, signing a new deal with Universal Music Group that gave her the rights to her masters moving forward.

When Big Machine came up for sale, Swift’s back catalog included, the move kicked off a mega-controversy. Scooter Braun, a record executive and manager for a slew of pop artists including Justin Bieber and Ariana Grande, put in the winning bid, snapping up Swift’s masters in 2019 as part of a reported $300 million buyout.

ADVERTISEMENT
“
Braun flipped the masters in 2020, selling them to a mystery buyer for an estimated $300 million

Swift was not pleased, calling Braun a bully and saying she was cut out of negotiations despite wanting to buy the masters herself. “This is what happens when you sign a deal at 15 to someone for whom the term ‘loyalty’ is clearly just a contractual concept,” Billboard’s 2014 Woman of the Year wrote in a 2019 Tumblr post. “And when that man says ‘music has value,’ he means its value is beholden to men who had no part in creating it.”

Braun flipped the masters in 2020, selling them to a mystery buyer for an estimated $300 million and once again cutting Swift out of the equation.

For Swift, the best way to address what many regard as intellectual property theft was to release new versions of her oldest songs. First came Fearless (Taylor’s Version), and updated take on the singer’s sophomore album.Now, fans are getting another treat with the Red (Taylor’s Version), and critics are loving it. The release, which came a few days earlier than originally planned, included a theatrical music video for the lead single, Áll Too Well, a 10-minute opus believed to be about Swift’s breakup with ex Jake Gyllenhaal. Swift also performed the song on the November 13 episode of Saturday Night Live with the film playing behind her as she sang.