Who's Had the Hots for Jenna Fischer? A Relationship Timeline 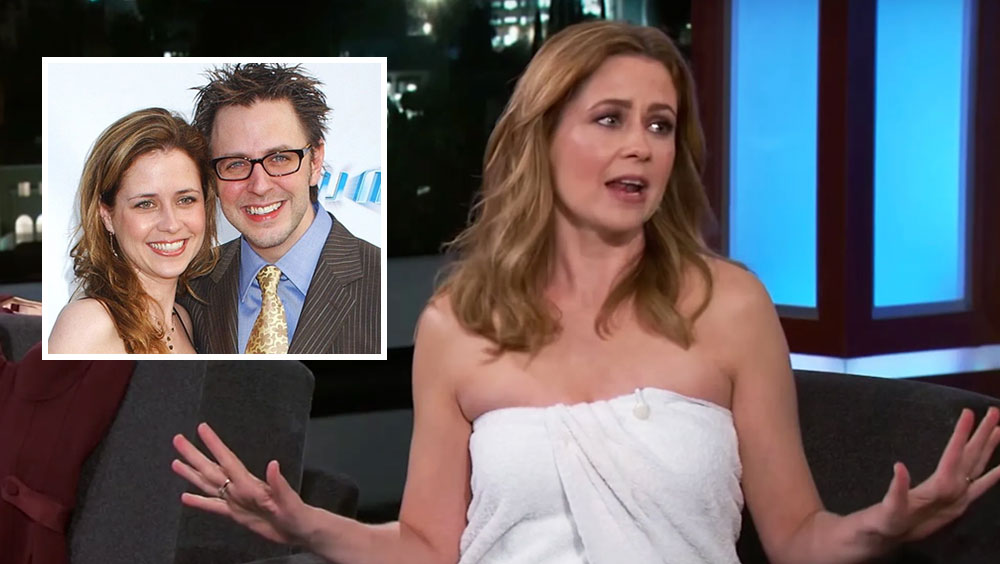 Here’s a look at Fischer’s relationship timeline, including who the adorable actress is married to now (hint: it’s not John Krasinski).

Fischer has really only had two high-profile relationships. The first went all the way to the altar, when Fischer married her first husband, Guardian of the Galaxy director James Gunn, in 2000. The couple met through Gunn’s brother, Sean, a fellow actor and childhood friend of Fischer’s who was also one of the first people to help out the aspiring actress when she first moved to L.A.

The duo eventually separated in September 2007 and divorced in 2008, but they're reportedly still on great terms — so much so that Fischer was the one who encouraged her ex-hubby to cast The Office’s Rainn Wilson (aka Dwight Schrute) in Gunn’s 2010 comedy Super.

After her divorce, Fischer found herself at loose ends, but dating in Los Angeles wasn’t as easy as she expected. As the Splitting Up Together star puts it, most men were nice, but just not “the one.”

“I remember going out with one cute and funny guy. I thought, ‘We could have a really fun eight months, but that’s eight months I’m taking away from finding Mr. Right. I can’t afford that.’ So, I ended it.”

As she struggled to find her footing, Fischer got some sage advice from friend and colleague Paul Lieberstein, who played Toby on The Office as well as an executive producer on the show. Lieberstein advised his on-screen crush, “Finding love is not as hard as picking the right person to spend the rest of your life with.” Fischer took that to heart, skipping over potential relationships when she realized “the fluttery feelings aren’t enough … You have to ask, ‘Do we have the same goals?’”

Many Hollywood couples are first introduced through work, and that’s exactly how Jenna Fischer initially connected with her current husband, film director Lee Kirk. Fischer pitched Kirk a movie idea in 2008. Even though Kirk wasn’t keen on Fischer’s pitch, he, in turn, gave her three of his own ideas to consider, and the two struck up a purely professional relationship while creating indie dramedy The Giant Mechanical Man. Kirk directed and Fischer produced as well as acted alongside co-stars Chris Messina, Topher Grace, Malin Akerman, Bob Odenkirk, and Fischer’s former brother-in-law Sean Gunn.

Soon, sparks flew, and Fischer and Kirk announced their engagement in June 2009, marrying a little over a year later in a ceremony officiated by Survivor host Jeff Probst. The couple now has two children together: Son Weston Lee was born in 2011 and daughter Harper Marie came into the world in 2014.