ADVERTISEMENT
The Juice is on the loose! O.J. Simpson is once again free from parole 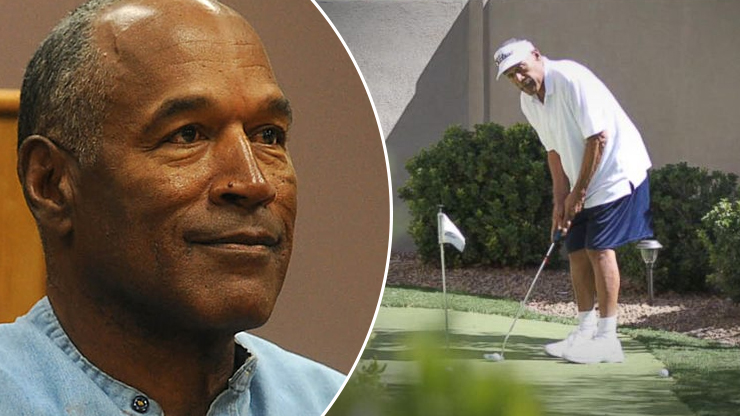 Disgraced sports star and the butt of every other joke in the '90s, O.J. Simpson is now “a completely free man” according to his attorney. Nevada State Police spokeswoman Kim Yojo Smith also confirmed The Juice’s newfound freedom, saying this past Tuesday that Simpson was officially released from parole on December 1 following a decision by the state parole board the day before.

In 2008, the former NFL running back was convicted of 12 felony charges, including armed robbery, after he arranged a meeting in a casino hotel with men selling signed Simpson memorabilia and then held the would-be salesmen at gunpoint before taking off with all the goods — including items that never belonged to Simpson in the first place.

Following 13 hours of deliberation, a Las Vegas jury handed down their verdict and Simpson was subsequently sentenced to 33 years in prison with a mandated nine years in lockup before he would be eligible for parole. Simpson served his time at Nevada’s Lovelock Correctional Center, ultimately being granted parole on July 20, 2017, and released the following October.

Now, Simpson has been released from his parole as well. Good behavior scored Simpson an early discharge, as he wasn’t originally due to end his supervision until September 29, 2022.

It’s a spot of good news for the one-time idol whose career as a celebrity spokesperson and actor plummeted into oblivion following the murders of his ex-wife, Nicole Brown Simpson, and her friend Ron Goldman in 1994. Simpson was arrested in connection with the deaths after famously leading police on a low-speed chase with longtime friend Al Cowlings behind the wheel of a now-iconic white Ford Bronco.

A highly publicized trial followed, and despite widespread belief that Simpson was behind the deaths of his Brown Simpson and Goldman, a juror came back with a not-guilty verdict. A civil suit followed, and Simpson was found liable for wrongful death and battery and ordered to pay Ron Goldman’s family $33.5 million in damages.

That turned out to be just the start of the Heisman winner’s legal trouble. Simpson, now 74, was charged with owing the State of California $1.44 million in back taxes in 1999. He was arrested for simple battery and burglary in February 2001 after attacking a motorist during a road rage episode, then sat through an FBI search on his Miami home in December 2001 after the feds were tipped off about a purported drug trafficking and money laundering scheme. No illegal drugs were found during the search, but Simpson was discovered with equipment used to steal satellite TV programming and ended up in court over that.

Simpson has also been arrested for flouting boating protocols by speeding through a protected manatee habitat.

Recommended by
Hollywood Blacklisted Him. Now We Know Why.
At 76, Jacqueline Bisset Will Make Your Heart Skip A Beat
40 Photos of Iconic '80s Stars
ADVERTISEMENT