The 5 Most Iconic Rappers With Dreads 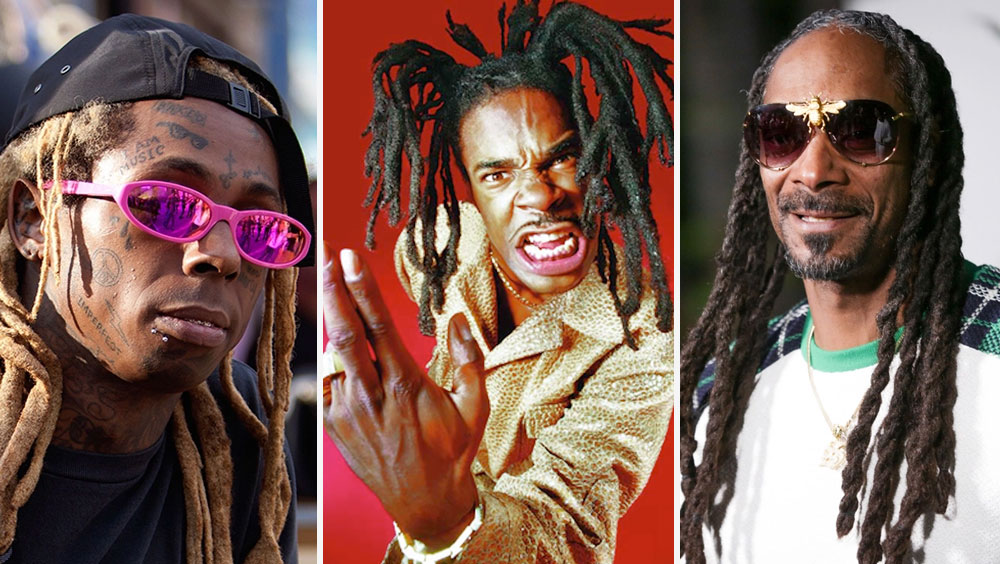 Locs, dreads, Jaṭā — no matter what you call them, dreadlocks are a work of art backed by a ton of history and steeped in meaning. In other words, they’re so much more than just hair.

Here are five iconic rappers who are known almost as much for their dreads as they are for their music.

You can’t talk about rappers with dreads without mentioning Snoop D-O-double-G. Snoop’s been in the business for decades, and in that time he’s worn his hair in almost every style imaginable including braided, in pigtails, loose, straight and silky, and in a mini afro. He then started sporting dreadlocks in 2012 after he made a trip to Jamaica and adopted a new Rastafari-inspired alias, “Snoop Lion.”

The Lion is once again a Dogg, but the locs have more or less remained the same.

The artist formerly known as Dwayne Michael Carter Jr. is a true legend thanks to his unique style of rap that combines catchy lyrics with an aggressive delivery and a generous dose of auto-tune. But he’s also super recognizable because of his dreads, which regularly draw heat on social media from fans who think his haphazard hairstyle needs some TLC.

Put your dreads where our eyes can see them! Busta Rhymes may have short hair now, but when he reached icon status in the ‘90s and early 2000s, Busta was sporting a wild head of dreads that he often wore up in bunches for added volume. Right before he had his trademark dreads snipped off at a barbershop in NYC in 2005, Busta said it had taken him 15 years to grow them out. “I started growing these sh-s in December ’89. I was 17. I signed my deal and said, ‘I ain’t combing my hair no more. I don’t have to.’”

2 Chainz’s hair journey started with a few braids that eventually morphed into the freeform braids he typically sports today. His dreadlocks are usually freeform, meaning they’re left natural and unstyled, but 2 Chainz has also been known to try out some more complex looks and has even dyed some of his dreads blonde.

For years, Beyoncé's rapper hubby wore his hair super short and cut straight across the front of his head, but times have changed. After toying with a mini afro, Hova started sporting freeform locs in 2018. According to lyrics he contributed to Meek Mill’s “What’s Free,” Jay-Z believes his dreads are a symbol of freedom, so it’s unlikely he’ll part with them anytime soon.