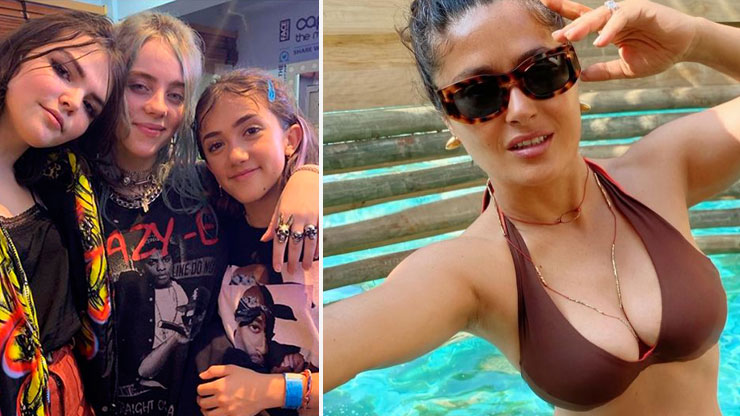 Salma Hayek is a beautiful superstar who's captured the imaginations of audiences for decades, ever since she began acting in the 90s. From Mexican telenovelas to acclaimed Tarantino flicks, who doesn't love her? It's incredible to think that her film debut was so long ago, and how different her life is now. She spends her days with Francois-Henri Pinault, whose accomplishments as a giant in the luxury fashion industry are second only to the fact he's Salma Hayek's husband. You might not even know about Salma Hayek's daughter, a charming young woman named Valentina Paloma who prefers to stay out of the spotlight.

Salma Hayek's daughter is trending lately after a broadcast birthday message of love. Writing to an audience of millions, the famous actress posted on Instagram with a picture of Valentina titled "My precious girl, you are everything to me. Blessed be the day you came into my life to shine your radiant light Happy Birthday 🎂🎈Valentina!!!!!"

Now if that doesn't make you want to cry and call up your own mother, nothing will.

How Old is Valentina Paloma?

Young Valentina was born only in 2007, making her 14 years old as of 2021. She doesn't get too much exposure to the world of celebrity affairs, so we can mostly only imagine what it's like to be the daughter of a superstar and a fashion giant. Of course, the fact that she's not ending up in headlines probably just means that her parents are responsible. However, we have gotten a handful of glimpses into her life and growth throughout her childhood. From her youngest pictures to her latest looks, she seems consistently sincere and unashamedly herself. You have to wonder if she'll stay out of the spotlight forever or if she'll become a girlpower icon a few years down the line, don't you?

Even though her father is the ruler of a veritable fashion empire, Valentina Paloma dresses in comfortable, colorful outfits that your own sister or child might wear. Good for her! It's important to be yourself, especially since the rest of us would probably be under a lot of pressure being Salma Hayek's daughter. Although, she has plenty of choices to enter the world of fame on her own terms if she wishes to, as her friendship with Bu Cuaron goes to show.

Valentina is good friends with Bu Cuaron, and the two have appeared on the influencer's Instagram together in the past. Fans and followers positively ate up the collaboration, so who knows where the future will take the two? Whether Salma Hayek's daughter chooses to stick to the simple life or embrace fame, we're supporting her all the way.