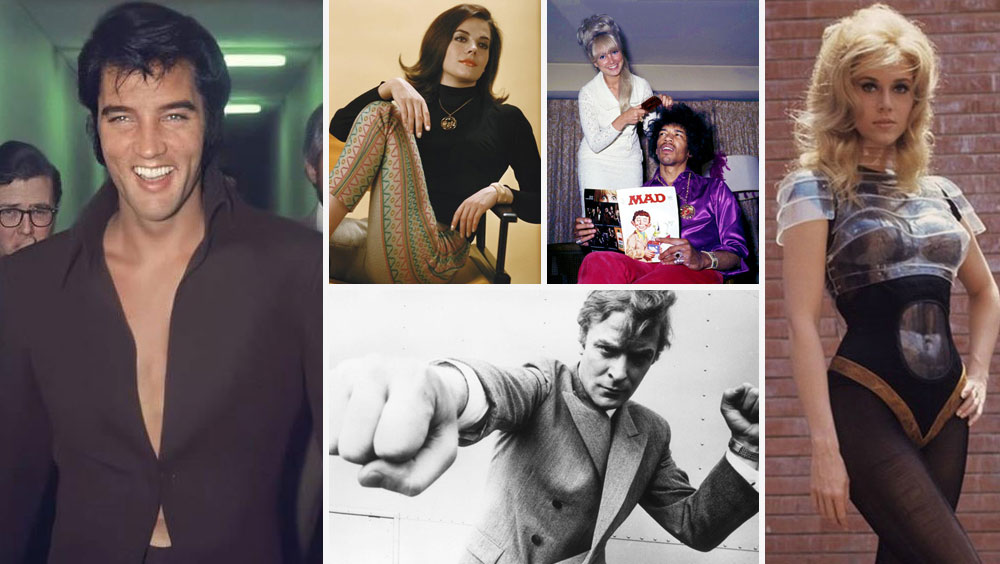 The era of the boomer. You might think it was boring, and the people were ignorant and basic, but the 1960s slapped. Everyone was hot, and the drip was unreal. It was the age of the icon and the first generation of young people with a voice. Discover some of the grooviest, most far out moments from the swinging '60s.

Most of you know Adam West best as the kooky mayor in Family Guy, butthe  dude was actually a big deal in his day. Most memorably, he played Batman in the '60s — then struggled to find work doing anything else for a few decades.

The snatched waist isn't something that was invented yesterday. Jayne Mansfield was snatched, cinched, and everything in-between. Let's face it, Clint Eastwood is looking pretty snatched, too. They're on a plane. Yes, they had planes in the 1960s.