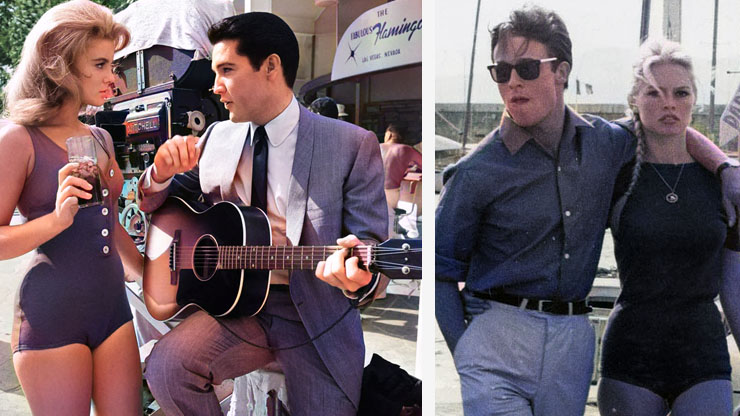 Hollywood has always been so good about keeping us fed with plenty of delicious scandals, that it’s no wonder we enjoy internet articles full of all the juiciest rumors. But before there was the online portal of information, we were able to glean just as much (if not more) intrigue and secrets from just an old photo.

Stories about unseemly set-ups with Rock Hudson weren’t unusual from the lips of Mamie Van Doren. Mamie was one-of-a-kind: a Marilyn Monroe lookalike with a brash bluntness about her and no fear of what people thought. She was who she was and never tried to hide it. Mamie was a sex symbol of her day, too, and she was most famously known for her close-to-real-life role in the movie, Untamed Youth. She even starred alongside Clint Eastwood in one of his first films before he became famous.