ADVERTISEMENT
Lily James as Pamela Anderson - "Pam and Tommy" is happening, and the transformations are jaw-droppingly good! 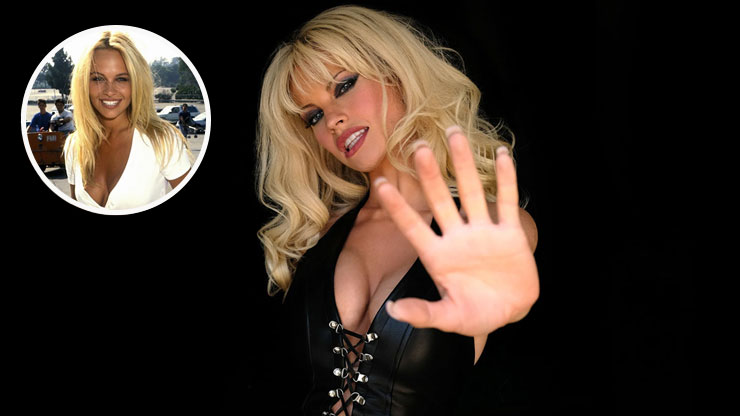 The story of the legendary romance between Mötley Crüe drummer Tommy Lee and Baywatch star Pamela Anderson is coming to the small screen thanks to Hulu’s new series Pam & Tommy. This look at one of the ‘90s most iconic couples boasts Marvel heartthrob Sebastian Stan as the tattooed musician and puts English actress Lily James into Anderson’s bright red one-piece.

So how is James, a career thespian who trained at the well-respected Guildhall School of Music and Drama in London before nabbing a primo role in Downton Abbey, going to transform into a busty lifeguard with a soft spot for rock stars?

Insiders say the 32-year-old Cinderella beauty spent up to five hours a day in the hair and makeup trailer to get as close to Anderson’s Baywatch-era look as possible, including voluminous blonde extensions, fake tattoos, and a pout worthy of the Playboy favorite.

Barry Lee Moe, the man in charge of the set’s hair department, said the heavy prep extended beyond James to other cast members as well. “We ended up using 25 wigs in the end. Everyone from Seth Rogen to Nick Offerman, Taylor Schilling all wore wigs because we transformed them into new characters.”

The upcoming special is described by streaming giant Hulu as “a comedic limited series [based] on the true story behind the release of the first-ever viral video in history — the sex tape of Pamela Anderson and Tommy Lee.”

The series, set to start streaming On February 2, 2022, also stars Seth Rogen as Gauthier, Taylor Schilling as Rand’s wife Erica, Nick Offerman as “Uncle Miltie,” Gauthier’s associate who helped market the stolen tape.No word on whether Stan’s nipple ring, a carbon copy of the one sported by Tommy Lee in real life, is an actual piercing or merely a pain-free prop. The Captain America: The Winter Soldier actor did spend a considerable amount of time in hair and makeup himself thanks to Lee’s endless array of tattoos, all of which had to be applied to Stan’s virtually art-free skin, plus regular dye jobs to mimic the Methods of Mayhem musician’s eye-catching hairstyle.

Recommended by
31 Vintage Photos No Longer Censored
Life Hacks Nobody Told You About Until Now
At 42, Rachel McAdams Will Make You Gasp
ADVERTISEMENT