Leni Klum is following in her mother, Hedi Klum's, footsteps and trying out the runway for Dolce & Gabbana 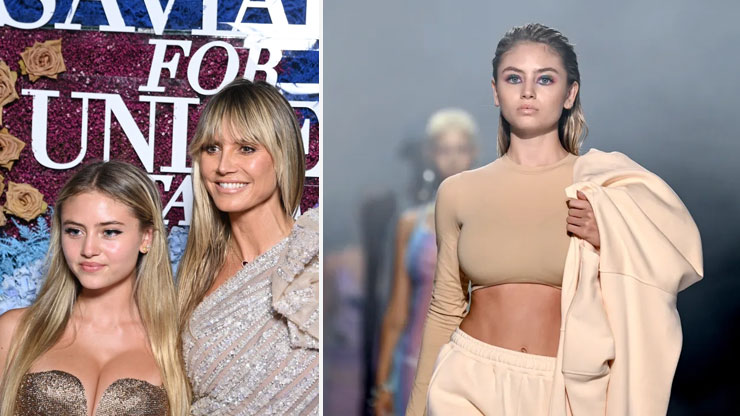 Leni Klum, the daughter of Heidi Klum, has been receiving model offers since she was 12 so it's no surprise that at 17 she is now walking the runway of Dolce & Gabbana.

Of course, having a famous mother doesn't hurt, as Heidi herself admitted that being able to grace the cover of Vogue Germany at age 16 was an "insane privilege,"

Heidi also told reporters that she felt like 16 was a "good age" to start modeling because if you can drive a car then you should be old enough to open your own Instagram account and start to show off your face.

While Leni may look all grown up, it's clear that she still is a mommy's girl as she broke out of the trademark blank stare on the D&G runway to smile at her mom who was seated in the front row. With both her mom's name and apparent good looks, (and all of her A+ contacts) it's a safe bet that we will be seeing Leni Klum grace plenty more runways and fashion magazines over the next few years.

It's refreshing to see a young one modeling who isn't making the headlines for less scrupulous reasons, but we bet the solid foundation that her mother and adopted father Seal built can be credited for that.