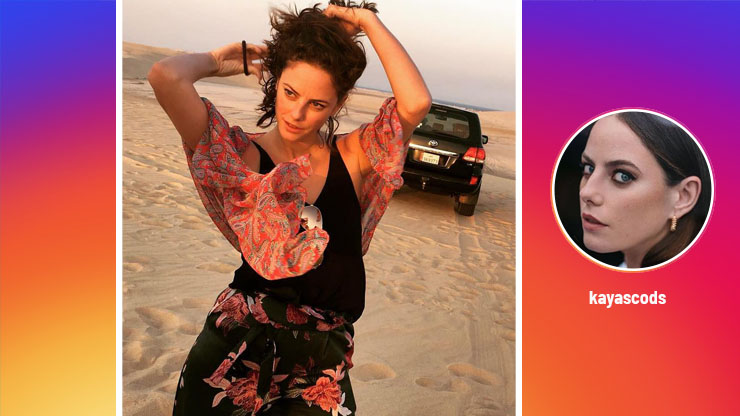 Kaya Scodelario is well-known to the British as the star of Skins, one of the UK's most rebellious shows about teenagers. Therefore, it should come as little surprise that Kaya is able to bring that same angst and drama into her new Netflix show, Spinning Out. While she is still new to American audiences, it's a pretty good bet that her name is going to be familiar once award season starts. In the meantime, here are a few things you need to know about Kaya Scodelario.

1. She Grew Up on the set of Skins

Skins was a UK show that launched the careers of plenty of top Hollywood Stars including Dev Patel, Daniel Kaluuya, and Hannah Murray. Therefore, Kaya was in very good company as she grew up on the set of one of the most provocative teen shows ever produced. She started as a background character but by season 3 was a central character.

2. Kaya Was Picked Up By Several Movie Franchises

Convinced you have seen Kaya Scodelario before? You probably have. After Skins ended Kaya was picked up quickly by several major film franchises. First, she played Teresa in the Maze Runner movies, and then she was asked to play opposite Johnny Depp in the reboot of the Pirates of the Caribbean franchise.

Prior to her new Netflix show, Kaya has been busy acting in anything she could get an audition for. The young star took on the role of Ted Bundy's wife, a woman attempting to survive a Category 5 hurricane in Crawl, and now a bi-polar figure skating who has to navigate the world of codependency, cutthroat athletics, and puberty all at once.

4. She Lied at Her First Audition - And Got the Job

Skins was Kaya's very first audition, so it is quite remarkable that she landed the role. What makes it more remarkable is the fact that she also lied at the audition. As the daughter of a single mother, Kaya thought she would never have the money or chance to be a movie star. However, her drama teacher at school encouraged her to try out and follow her dreams. The problem was the audition required actors to be over the age of 16 and Kaya was 14. So she lied, but they wanted her enough that they decided to accommodate her.

Kaya is married to Benjamin Walker, known for playing Andrew Jackson in the Broadway musical of the same name and for portraying Abraham Lincoln in Lincoln: Vampire Hunter. The two met on the set of a fantasy film that they co-starred in. While the studio benched the film, their affair was not, and the pair married in 2015 and have one son.