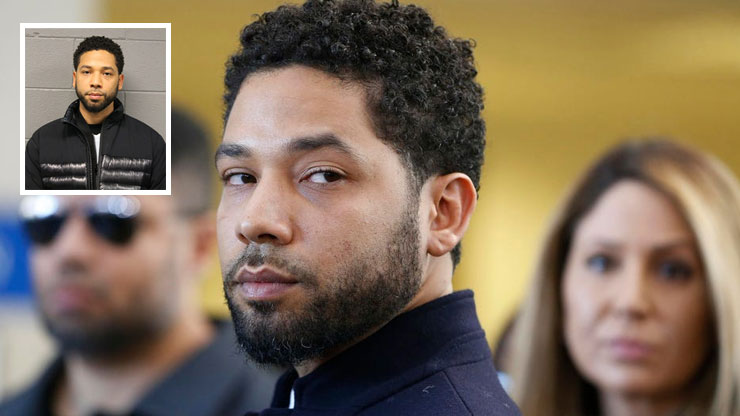 The verdict is in, and it’s not good news for former child actor Jussie Smollett.

The California native, who got his start in epic 90s films like The Mighty Ducks before breaking barriers for his portrayal of a gay black man in Fox’s Empire, has been convicted on five felony counts related to false reports made to police way back in January 2019. It took jurors just over nine hours to make a decision following six days of testimony from 13 witnesses.

It's been nearly three years since Smollett told authorities in Chicago that he was attacked by two men wearing ski masks who told him, “This is MAGA country.” Smollett’s account included the attackers using homophobic and racial slurs, elevating the assault to a hate crime, and pouring bleach on him before tying a noose around his neck.

While there was initially a huge outpouring of support for the actor, who came out as gay in 2015, detectives soon found holes in Smollett’s account of the alleged incident. Detectives claimed Smollett orchestrated the entire event, paying two friends to “fake beat him up,” even telling them what phrases to use and planning the encounter to take place where he believed surveillance cameras would capture him being roughed up.

In February 2019 Smollet was officially charged with filing a false police report, a class 4 felony. One month later. Despite testimony from brothers Abimbola and Olabinjo Osundairo, the two men Smollett reportedly hired to carry out his dirty work, those charges were dropped, and the court files sealed in exchange for Smollett agreeing to perform 16 hours of community service. He also had to forfeit the $10,000 bond he put up to gain his freedom after surrendering to police on the felony charge.

Another round of charges followed, with the city of Chicago going after Smollett for investigation costs and Smollett maintaining his innocence and counter suing for damages.

After much controversy, an independent inquiry run by the state resulted in the latest trial and Smollett’s current guilty verdict. Smollett’s attorney, Nenye Uche, told reporters he “respectfully disagrees” with the jury’s finding, going on to say that his client “is 100% confident that this will be reversed on appeal. At the end of the day, we believe justice will prevail.”

If the guilty verdicts stand, Smollett faces prison time as well as some hefty fines, but some legal experts predict the judge will order probation instead. He’s also likely on the hook for the $130,000 the city of Chicago asked for in restitution for authorities' efforts following the first report of the hoax attack.

Recommended by
90s 'It' Girls: Where Are They Now?
Hollywood Blacklisted Him. Now We Know Why.
Sports Moments That Bring Home The Gold
ADVERTISEMENT