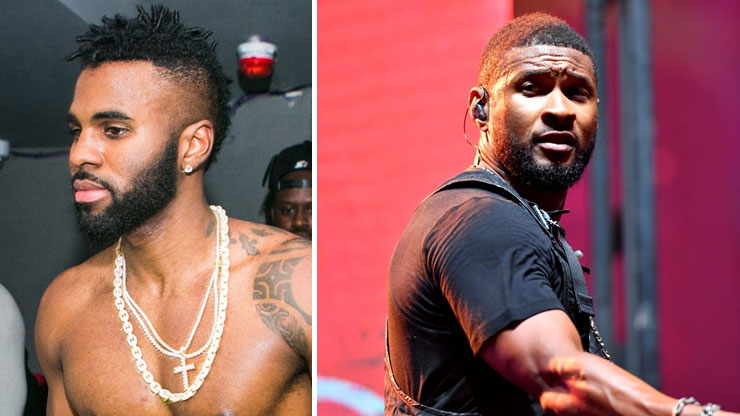 What happens in Vegas only stays in Vegas if it doesn’t wind up on the news.

“Ridin’ Solo” performer Jason Derulo allegedly got into a fight with two other tourists on the Las Vegas strip, reportedly striking a heckler who was hurling curse words and referred to Derulo as R&B singer Usher.

Derulo was at the swanky Aria hotel when the incident happened around 2am last Tuesday at one of the property’s nightclubs. Footage released by TMZ shows Derulo pinching one man in the face, causing the victim to hit the floor, then slapping the second man before security stepped in to put a stop to the fight.

According to police, “The victims did not want to press charges against Derulo,” and therefore there wasn’t even an official police report detailing the scuffle. However, hotel security was less forgiving; they asked multi-platinum recording artist and his entourage to leave the property under a trespass order. It remains to be seen whether Derulo is truly off the hook; legal experts say the men Derulo allegedly assaulted have up to a year to press charges. Sources say injuries were pretty basic, with the two men appearing to have some small facial wounds that didn’t require medical attention.

It's not clear if the use of Usher’s name was meant to somehow push Derulo’s buttons or if Derulo was somehow insulted by an honest case of mistaken identity. While Usher certainly has plenty to be proud of, including being one of the top-selling artists of the entire 2000s and nabbing dozens of high-profile awards, Derulo is certainly a mega-star in his own.

The singer-songwriter, born Jason Joel Desrouleaux, has sold over 30 million singles and even went viral on TikTok when his 2020 single “Savage Love (Laxed – Siren Beat”, a collaboration with beat producer Jawsh 685, inspired millions of users to create skits and dance challenges designed around the track. The massive popularity of that single combined with Derulo’s frequent posting of his own dance videos, which often featured girlfriend Jena Frumes before the couple broke up in September 2021, made his account the 14th most followed on the TikTok platform.

Other publications report they’re reached out to Derulo’s rep for comment on the Vegas incident but have yet to hear back and Derulo himself has not addressed the fight publicly either.