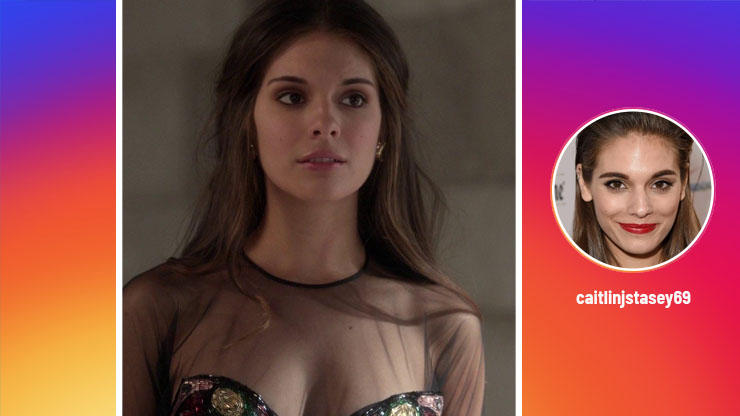 Known for her iconic role as Rachel Kinski in the Australian soap opera Neighbours, Caitlin Stasey is an Australian actress who was born on May 1, 1990. She went on to star in a series of other productions, most notably The Sleepover Club and Tomorrow, When the War Began.

Caitlin Stasey was born on May 1, 1990 in Melbourne, Victoria, Australia. Her parents, David and Sally, raised Caitlin along with her younger sister Victoria, and they spent their earliest years living on the Australian continent. As a small child, Caitlin traveled as part of the Australian Girls Choir, an international group dedicated to singing for an audience.

The Sleepover Club and Other Shows

In September 2003, Stasey got her big break playing Francesca 'Frankie' Thomas, the lead role in the Sleepover Club. A brash leader who enjoys being in charge of everything, Frankie is known among her peers in the show as being bossy and a bit on the arrogant side, being that she's an only child who's used to getting all of the attention from her parents at home. However, Frankie does long for a younger brother or sister, so her Sleepover Club girlfriends appear to be her adopted sisters. The newest arrival is Rosie, and it is perhaps due to some form of jealousy that Frankie initially cannot stand her at first. However, as Rosie is liked by the members of the club, Frankie then becomes friends with her.

The Sleepover Club lasted for roughly six years, having first started in November 2002 and on up to March 2008. Frankie eventually leaves, only to return briefly sometime in 2006 as a guest in an episode. The series, which was based on a youth novel series, seemed to enjoy a solid run.

Right around the time Caitlin was ready to give the character of Frankie a rest, there was another TV series in the works. The soap opera Neighbours was looking for a good cast. Soon, Caitlin applied, and was chosen for the part of Rachel Kinski. Her first episode appearance was in mid August of that year.

Other successes soon followed. Later that year, Caitlin was asked to play a lead role in Tomorrow When the War Began. Soon, other roles followed, mainly in television series such as Reign and Please Like Me. She went on to star in a series of independent films while trying to balance school and her personal life.

Caitlin Stasey currently lives with her husband, the actor Lewis Neff, in Los Angeles. Although she's married to a man, she considers herself free of any labels that serve to restrict her to any type of sexual orientation. She now considers herself a pansexual, meaning that her choices in sexuality are far broader due to having a romantic interest in anyone regardless of gender identity, gender, or sexual orientation.

In addition to her acting career, Stasey has taken an interest in singing, and was once even offered a recording contract, which she turned down for the simple fact that she only wanted to focus on her acting at that time. However, the following year, 2008, she sang a duet with Dean Geyer, her former costar from Neighbours. This single was performed at a high school formal in the nearby town of Erinsborough. It was later released as a single then sold on iTunes.