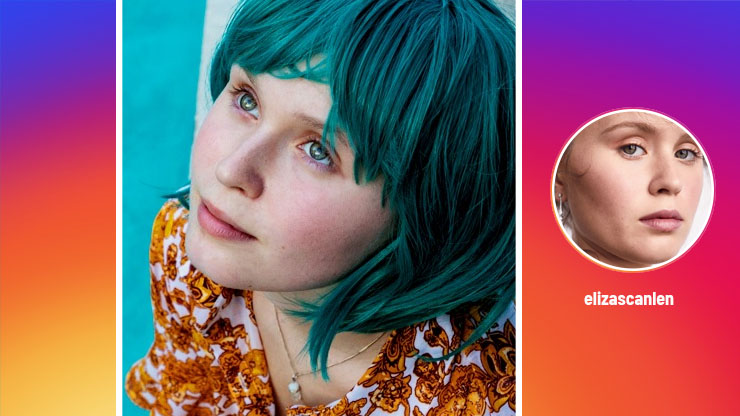 Eliza Scanlen is an Australian-born actress, most recognized from her role playing Beth March in Greta Gerwig's Little Women. She started acting in Australian soap operas, but now gravitates to acting in thrillers and horror films.

1. Who is Eliza Scanlen?

Eliza Scanlen has been acting since her television debut in 2015. She had a brief guest role in an episode of A Class Act, but you probably recognize her best from her performance as Elizabeth "Beth" March in 2019's Little Women. Come meet this rising movie star!

2. When was Eliza Scanlen born?

3. When did Eliza start acting?

Eliza was still attending Loreto Kirribilli, a Catholic girls' school, when she was offered the recurring role of Tabitha Ford in the Australian soap opera Home and Away. She graduated that same year, and decided to focus on her acting career rather than going to university. This turned out to be a good choice on her part, because she quickly landed the role Amma Crellin in HBO's Sharp Objects, with Amy Adams.

Speaking of Amy Adams. One of Eliza's favorite films is Enchanted, and she's long thought of Amy Adams as a role model. When Eliza was going through the audition process for Sharp Objects, Amy requested a chemistry read. Since the two women would be working closely together, Amy wanted to ensure the two could play off each other. Eliza was flustered by being so close to her acting idol, but quickly pulled it together enough to impress Adams. That's professionalism!

5. Has Eliza won any awards?

Several, both directly and indirectly! Though she didn't win any personal awards for her work on Sharp Objects, the show did receive eight Primetime Emmy nominations and three Golden Globe nominations. Little Women was nominated for Best Picture in 2019. On a personal level, Eliza was named one of ten Rising Stars by the Casting Guild of Australia in 2017, and received the Breakthrough Award at age 20 from Australians in Film.

6. Does Eliza have any social media?

She maintains a few social media accounts on Twitter, Facebook, and Instagram, though rarely uses them. Eliza prefers to connect with fans on a personal level, and maintains her social media mostly for professional reasons.

Most recently, she appeared in the role of Lenora in Antonio Campos' 2020 crime thriller The Devil All the Time, and will appear in M. Night Shyamalan's upcoming thriller, Old. Based on these roles, it seems as though Eliza is finding her voice as an actress with dark and gritty roles (Beth March notwithstanding, of course!).

8. What has Eliza done for the sake of acting?

Some actresses throw themselves into their roles wholeheartedly, and Eliza is no exception. As a child, Eliza took piano lessons, but stopped around age thirteen. She resumed learning how to play, however, so she could do so convincingly as Beth March. She also shaved off all her hair, appearing bald at several awards shows, for the sake of her role in Babyteeth.