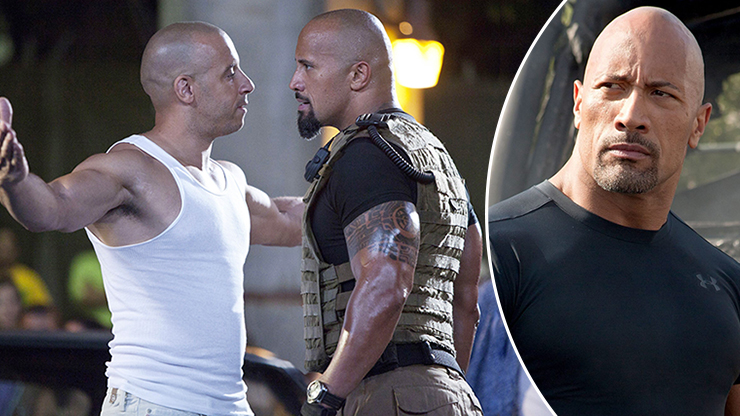 It’s a case of he said/he said, and Dwayne “The Rock” Johnson is not amused.

In a new interview with CNN published in late December, Johnson finally commented on an Instagram post shared by former co-star Vin Diesel back in November. Diesel took to the social media site to ask Johnson to come back for another Fast & Furious flick after starring in several franchise movies starting with Fast Five in 2011.

The post featured a screenshot of the dynamic duo from one of the F&F movies accompanied by a caption, part of which read, “My little brother Dwayne… the time has come. The world awaits the finale of Fast 10. As you know, my children refer to you as Uncle Dwayne in my house… I say this out of love… but you must show up, do not leave the franchise idle you have a very important role to play...”

Diesel finished his plea by saying, “I hope that you rise to the occasion and fulfill your destiny.”

The post got over 2.1 million likes, but The Rock clearly wasn’t one of the people double-tapping.

Johnson told CNN that he was “very surprised by Vin’s recent post,” especially given the fact he had recently talked with the Guardians of the Galaxy actor and thought the issue was resolved. “This past June, when Vin and I actually connected not over social media, I told him directly – and privately – that I would not be returning to the franchise. I was firm yet cordial with my words and said I would always be supportive of the cast and always root for the franchise to be successful, but that there was no chance I would return.”

In addition to being frustrated by the public vs. private back and forth, Johnson wasn’t pleased by Diesel’s attempt to play on his former co-star’s emotions. Calling the post “an example of [Diesel’s] manipulation,” Johnson was up front about his distaste for Diesel’s tactics. “I didn’t like that he brought up his children in the post, as well as Paul Walker’s death. Leave them out of it.”

There have long been rumors that the two hair-free heartthrobs weren’t exactly BFFs, with reports of discord on the set and a clash of egos during filming, all of which may have played into Johnson’s decision to bow out of his role as the multi-talented Luke Hobbs.

Though the man formerly known as The Rock won’t be back in the driver’s seat for upcoming Fast & Furious releases, Vin Diesel told fans last year that they can still expect an F10 and F11 to wrap up the franchise’s storylines.

Always the gentleman, Johnson had nothing but positive words to say about the cast as they moved on without him. “I’m confident in the Fast universe and its ability to consistently deliver for the audience. And I truly wish my former co-stars and crew members the best of luck and success in the next chapter.”