Celebrities With Their Lookalike Children 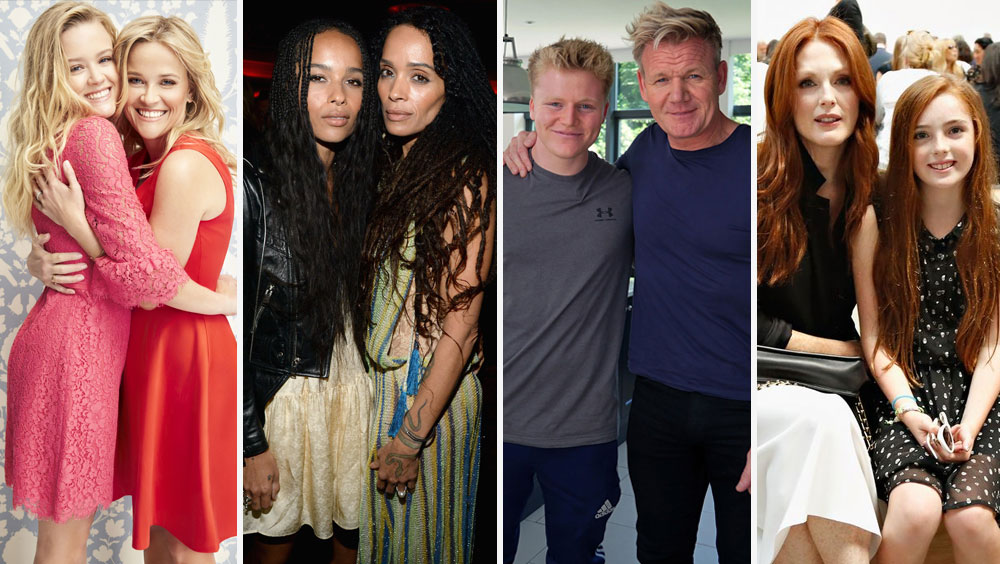 One of the best things about social media is watching celebrities' families grow up on screen. We love comparing who looks like their mom or dad — or speculating whether the milkman was involved. In these pics, there's no question about lineage whatsoever.

Michael Douglas and his son Cameron

Having Kirk Douglas and Michael Douglas as your granddad and dad would be pretty intimidating. Nothing short of acting royalty, Cameron looks like both patriarchs. He's been in a few films, but he might be better known for his 7-year stint in the slammer.

The apple never falls far from the tree ... Get it? Ridiculous name aside, Apple looks so much like her mom, it's difficult to tell them apart. And she looks nothing like her father at all ... which might be a good thing because Chris Martin is pretty goofy.