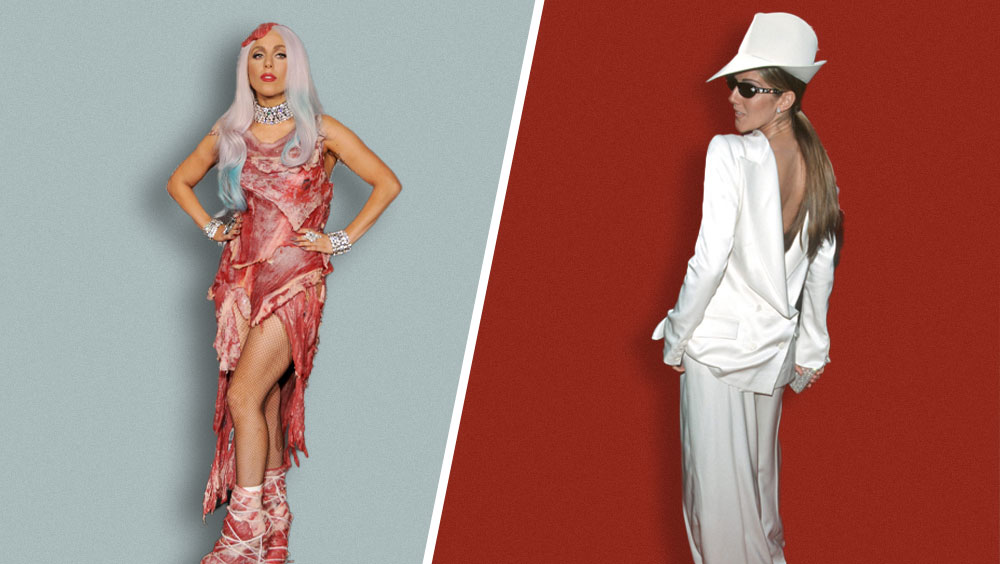 Forget the catwalks of Milan. The real runways these days are the red carpets that celebrities prance up on their way to film premieres, awards shows, and other A-list events.

As everyone from budding starlets to aging rock stars work to make an impact in front of flashing cameras and fans, these famous faces use their own personal style to ensure they’re never forgotten.

Here are some of the most memorable looks ever to hit the red carpet and the celebs who wore them.

Lady Gaga, born Stefani Joanne Angelina Germanotta, is known for her wacky style, but perhaps none of the singer’s outfits has been so newsworthy as the infamous meat dress the Oscar-winning singer wore to the 2010 MTV Video Music Awards.

The entire dress was comprised of raw beef, a garment conceptualized by Argentinean designer Franc Fernandez. As if that weren’t enough Lady Gaga also wore coordinating meat accessories, including a tiny beret and bag.

It takes a legend to choose a couture tuxedo for the red carpet and then flippantly decide to wear the suit backward — and that’s exactly what Celine Dion did in 1999 when she wore a tailored white ensemble by John Galliano for Dior literally differently than the designer intended.

Little did onlookers know that Dion would soon become known for her daring fashion choices. As for the suit itself, it would probably be far better received today.

Sometimes, red carpets are surprising for the event but not necessarily the person. That was the case when Icelandic singer Bjork showed up to the 2001 Academy Awards in a dress that looked just like a white swan, right down to the fluffy feather-like tulle skirt and orange “beak” draped over the quirky performer’s right shoulder.

At the time, the dress got mostly jeers, with fashion reporter Steven Cojocaru calling it “probably one of the dumbest things I’ve ever seen.” But more than two decades later, the dress is downright iconic.

Dressing in head-to-toe purple is eye-catching enough, but add a mermaid-inspired pattern and a pastie into the mix and you have one outfit music fashion bloggers will never forget.

What celebrity is above a little self-promotion? Not Macy Gray, that’s for sure.

The I Try singer used her appearance at the 2001 VMAs to drum up excitement for her new music, wearing a dress that literally read, "MY NEW ALBUM DROPS SEPT. 18 2001.” Too bad the album still struggled to crack the top 10 on the charts.