ADVERTISEMENT
Brighton Sharbino: Everything You Need To Know About The 'Walking Dead' Star
ADVERTISEMENT 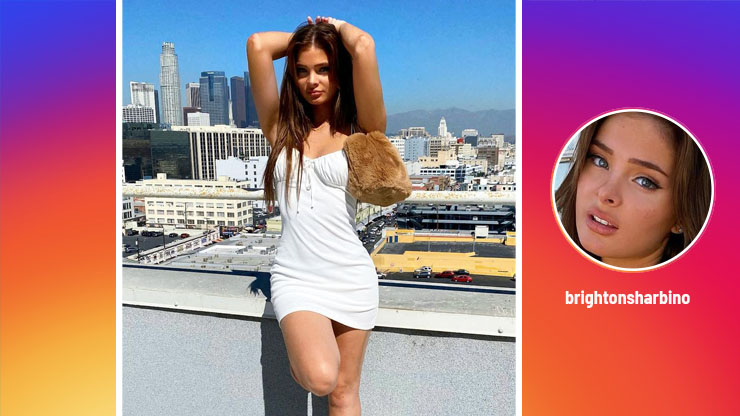 Brighton Sharbino is known for her many roles in a variety of television series, most notably AMC's The Walking Dead. Her other appearances included a brief role in NCIS and Law and Order: Special Victims Unit. Her one movie appearance was that of Abby Beam in Miracles From Heaven.

Brighton Rosie Sharbino was born on August 19, 2002. She was one of three siblings, one named Sawyer and Saxon. Her parents were Angela and Ron Sharbino, and the family lived in Flower Mound, TX.

Her acting legacy is within the family, as her brother Sawyer has appeared in some short films, such as Disruption and Promesas. Her older sister, Saxon, was known for her roles in the Netflixx series Love and appeared in a reboot of the 80s classic Poltergeist as Kendra Bowen, the older sister of the psychic child Maddie who discovers a malignant ghost lurking inside the new family home.

For Brighton Sharbino, her big break came when she was chosen for the part of young Abby Sciuto in NCIS. This happened in 2008, when she was barely six years old. Her acting took off shortly afterwards as she appeared in the Disney classic Hannah Montana. She furthered her acting career as she went on to star in other major series such as Law and Order: Special Victims Unit.

But, like most people with her skill set and talent, Brighton Sharbino would continue to gain her acting experience in a variety of roles, both major and small. Her greatest break was yet to come, but it would be something she would soon encounter with an entity that was far greater than herself. And that entity would be AMC, with its infamous series, The Walking Dead.

The AMC original series The Walking Dead offered Sharbino what would be her greatest break of all. Cast as the formidable Lizzie Samuels, Sharbino made her debut on the show on Season 4, Episode 1, titled "30 Days Without an Accident," where her character, Lizzie, is spotted in the safety of the old prison yard with the other children. There, her and the other children all give the walking zombies their names, much to the dismay of Carl, who tells Lizzie and her friends that naming the walking dead is not a good safety measure for anyone.

Lizzie is the type of antagonist who vacillates between good and evil. She is capable of kindness, as evidenced in her helping with the daily chores of survival, such as cooking for the living and serving as a reassuring mentor for the troubled Mika. But her fascination with naming the zombies is troubling, and some viewers may wonder if her reaction is one of grief at the loss of her father. But the saddest ending occurs when Lizzie begins her downward spiral by torturing and killing animals. Her actions prove so barbaric that Carol lures her into the flower garden, only to shoot her due to her fears that Lizzie might be infected.

Beyond Lizzie, Brighton has lived a peaceful life. Quarantine came with its own challenges, and Brighton spoke clearly of the horrors of giving her boyfriend a Covid haircut at home. She spoke of her sister, the one who inspired her to become an actress and continues to mentor Brighton in the profession to this day.