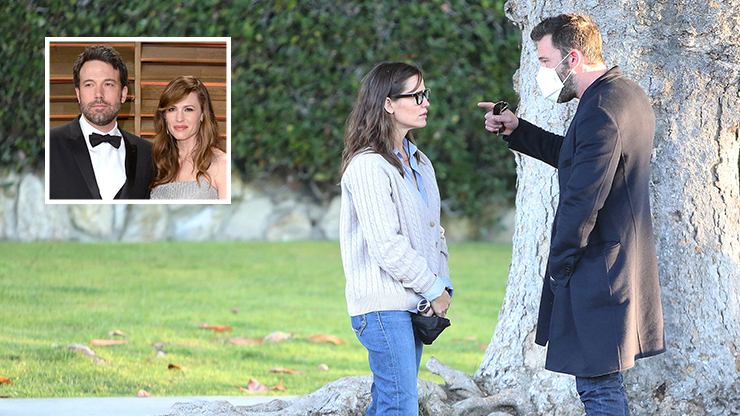 Even Batman has a bad day occasionally, and Ben Affleck is having a doozy after comments he made regarding ex-wife Jen Garner didn’t land quite the way he intended.

The multi-faceted star, who has won an Oscar for his screenwriting talents in addition to directing the critically acclaimed Argo, appeared on shock jock Howard Stern’s self-titled talk show recently and took the opportunity to discuss his battle with alcoholism. He told Stern that if he was still married to Garner, who filed for divorce from Affleck in 2015 after 10 years of marriage, he’d “probably still be drinking.”

Despite taking multiple trips to rehab both during and after his marriage to Garner, Affleck appeared to blame his addiction on an unhappy marriage. “It’s part of why I started drinking,” he explained. “Because I was trapped. I was like, ‘I can’t leave ‘cause of my kids, but I’m not happy, what do I do?’ What I did was drink a bottle of scotch and fall asleep on the couch, which turned out not to be the solution.”

The backlash was swift and widespread, with social media users condemning Affleck’s apparent attempt to blame his ex for his issues. Twitter user Roxanne Gay wrote, “I was rooting for Ben Affleck but to blame his drinking on his marriage to Jennifer Garner is so silly… He best take himself to a meeting or something.” Charlotte Clymer shared Gay’s sentiments, saying, “[Affleck] made his choices, and he should be responsible for them.”

In an attempt to walk back portions of his Stern interview, Affleck used his time on Jimmy Kimmel’s late-night show (intended to be a promo for the A-listers new movie The Tender Bar) to say he had been misunderstood and his comments largely taken out of context.

Still, Affleck, said, the spotlight on one portion of the interview “just made me out to be the worst, most insensitive, stupid awful guy.”

To make things crystal clear, Affleck emphasized that he doesn’t blame Garner, though his clarification stopped short of an apology. Discussing public assumption that he believes his alcohol struggles are due to his marriage, Affleck confirmed, “That’s not true. I don’t believe that. It’s the exact opposite of who I am, what I believe.”

Affleck and Garner share three children, daughters Violet (16) and Seraphina (12) as well as son Samuel (9). Until now, the former couple was believed to be co-parenting smoothly and maintaining a relatively friendly relationship, with the duo frequently spotted attending their kids’ extracurricular activities together and Garner even transporting Affleck to rehab when he relapsed in 2018.

Affleck is currently dating ex-fiancée Jennifer Lopez while Garner is rumored to be in a relationship with CaliGroup CEO John Miller.

Recommended by
They Were Famous In The 70s, This Is Them Now.
Why Hollywood Won't Cast These 20 Actors Anymore
Remember Her? This Is Why She Is Not Acting Anymore
ADVERTISEMENT