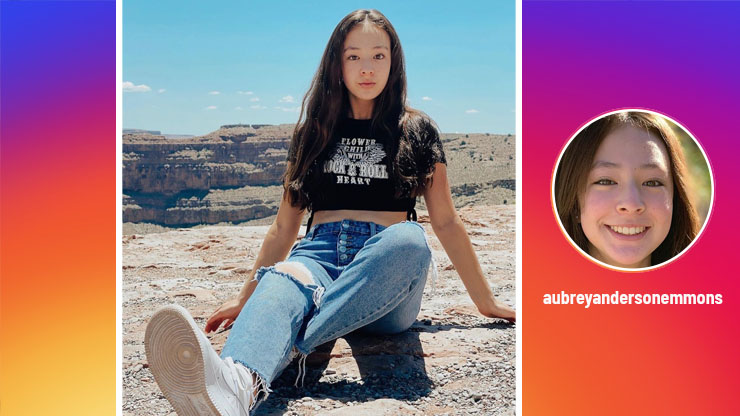 Aubrey Anderson-Emmons joined the Modern Family cast at age four in season three and made a splash as the youngest person ever to win a Screen Actors Guild for her performance. While fans know everything about her character Lily Tucker-Pritchett on stage, there is more to the starlet than meets the eye.

1. Modern Family Was Her Only Audition

Aubrey's mother is a stand-up comedian, and she asked her daughter if she wanted to try acting. Modern Family was the first show that she auditioned for and the rest was history. The show's producers loved her, and if her SAG is any indication, so did audiences. In fact, Aubrey has commented on how amazed she is to see people all over the world following her on social media.

2. Aubrey's Dream is to Dance

While most people see her a child actress, Aubrey considers acting something she is just doing for now. When she is not on screen she likes to horseback ride and does a variety of different dances including ballroom, samba, and Cha Cha. In fact, her ultimate goal is to get picked to compete on Dancing On Stars.

3. She Hasn't Spent Any of Her Money

Aubrey has likely earned quite a bit for her seven years on Modern Family, but she hasn't touched a dime of it. According to Aubrey, technically she isn't allowed to access her money until she is 18 and she isn't interested in doing so anyhow. At least not right now.

4. She Has First-Hand Experience with Adoption

While Aubrey is the first to say she doesn't know much about adoption, outside of what she has seen on the show she still has some experience within her own family. Her mother was adopted from Korea and grew up in Minnesota. However, this hasn't affected her life as she considers herself a California girl.

Even though her character is not featured in the Paris episode, she was invited to go to the city with the rest of the cast. She commented that the food is amazing in France and she used the time to really explore Europe since she wasn't needed on the set. During filming, she visited both the Netherlands and Brussels instead.

6. She is Excited about the Future

While Aubrey has been looking for opportunities after Modern Family ends, she said that right now it is hard to get auditions because the scheduling is so hard. No one wants to work around her current filming schedule, so while she will miss the show, she is excited to see what other offers will pop up once she is truly a free agent again.