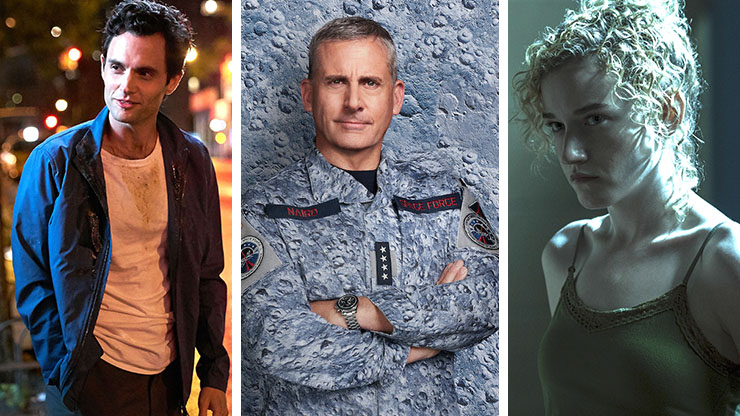 For years, Netflix has provided viewers access to thousands of shows and movies at the press of a button. The streamer has created some of the most loved and binge-worthy series, but being the largest streaming service in the world isn't all fun and games. Each year, Netflix is forced to cancel beloved titles for a variety of reasons, inevitably causing fan heartbreak and inviting backlash. So, which shows are getting canceled, and which ones have escaped the chopping block and live to stream another day? Find out below!

Mae Martin must be feelin’ good about this piece of news. The comedian’s Netflix series Feel Good has been renewed for a second and final season at the streamer. Season 2, currently in production in London, is slated to premiere in 2021. - Will Thorne, Variety

ADVERTISEMENT
ADVERTISEMENT
Celebrities Who Do Their Own Grocery Shopping
Zac Efron once skateboarded through his local Gelson’s supermarket in California, but the star seemed to avoid getting into trouble. He uses a basket so he can skate around. If the store is ok with it, it seems like a more environmentally friendly way to shop than driving.
Ariana Grande was spotted in Target and Whole Foods in Lancaster, Pennsylvania, all in one day. Grande is a known fan of the chain Whole Foods and once Tweeted she "loves Whole Foods so much, there actually aren’t words."
Popstar Taylor Swift is a big fan of the health food chain Whole Foods. She’s been photographed in the store more than once and was even spotted on one occasion walking through Los Angeles with her recyclable Whole Foods bag.
Chrissy Teigen is a mom like the rest of us, and when she does her grocery shopping, she has her kids along for the trip. Teigen has been spotted with her daughter Luna getting their groceries at their local store.
Chris Hemsworth is another celebrity that loves Whole Foods. Hemsworth and his wife were once sighted in Whole Foods with their daughter. Stars seem to really love this store, but who can blame them when the food is so good!
ADVERTISEMENT